The 20th century saw the transformation of the population and societal values, in the developed world, that would have been considered unthinkable for thousands of years prior to this.  The importance of the individual over society (increased self-centeredness),  consumerism, instant gratification, and the notion that everything is disposable, have completely changed society and its institutions.

While the scale of the breakdown of family is known, we have been slow to recognize its destructive implications on the wider society. For many the meaning and purpose of marriage has been utterly transformed into something unrecognizable by older cultures and societies.

Some of the quotes I used:

in the early 1920’s Paul Mazur of Lehman Brothers wrote – “We must shift America from a needs, to a desires culture, people must be trained to desire, to want new things even before the old had been entirely consumed. We must shape a new mentality in America. Man’s desires must overshadow his needs.”

In 1927 an American journalist wrote: “A change has come over our democracy, it is called consumptionism. The American citizens first importance to his country is now no longer that of citizen, but that of consumer.

Adam Curtis ,the writer and producer of the BBC documentary series – The Century of the Self, makes an important point describing this documentary as “the story of the rise of an idea that has come to dominate our society. It is the belief that satisfaction of individual feelings and desires is our highest priority.”

Thus knowing oneself to be transcendental to material senses, mind and intelligence, one should control the lower self by the higher self and thus-by spiritual strength-conquer this insatiable enemy known as lust. –  Bhagavad-gita 3.43 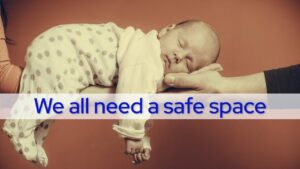 We all need a safe space